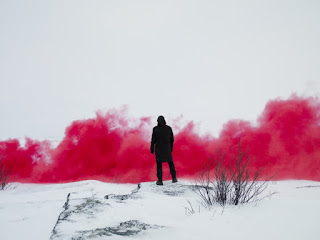 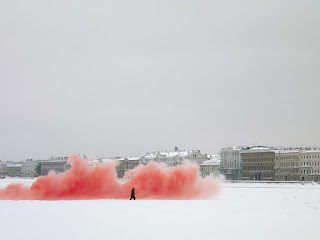 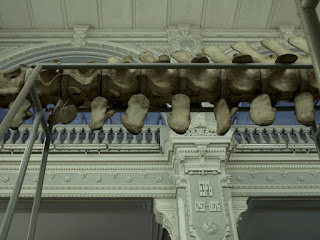 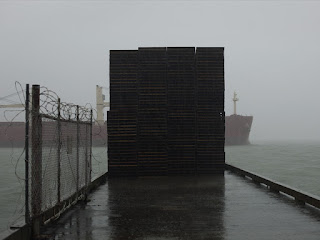 (Eng.)
Anton Ginzburg, which will open to the public from June 3 to November 27, 2011 during the 54th Venice Biennale at the Palazzo Bollani. The exhibition has been chosen as an official participant of la Biennale di Venezia’s Collateral Program. The exhibition is curated by Matthew J.W. Drutt and is supported by the Blaffer Art Museum and Flo Art Fund, with initial organizational support provided by Artpace San Antonio.In developing this project, Ginzburg embarked on a three-part journey, commencing in the American North West (Astoria, Oregon), continuing to St. Petersburg and then to the White Sea, the site of the Soviet Gulag prison camps.The exhibition will encompass four rooms and two floors and includes three large-scale sculptural installations, eight site-specific bas reliefs, photography, paintings, a video installation and a series of works on paper. Serving as the central narrative force for the exhibition, the film is a poetic and evocative record of the expedition to “map the void” and search for the mythological land of Hyperborea, “beyond the Boreas” (beyond the North Wind). On the first floor of the palazzo there will be a series of photographs and works on paper, detailing and expanding upon the artist’s travel journal, revealing the process of developing the project, as well as artifacts from the artist’s explorations. The exhibition, taking a form of the dreamscape, begins in the grand salon with an installation entitled Ashnest. In this work, a serpentine sculpture emerges from a vast, centrally positioned circle of ashes five meters (over 16 feet) in diameter. Sculptural elements, some up to four meters (13 feet) in height, will rise from the circle of ash and debris held by steel rods, traditional to anthropological museum presentations. Fragments of 40,000 year-old mammoth tusks will be juxtaposed and combined with sculptural elements developed from the micro CT scan of the human bone and reproduced in three-dimensional polyurethane structures. In a manner common to scientific practice, these objects will have been made whole based on computerized approximations of their original forms in combination with artistic invention. The resulting sculpture will become the embodiment of an alternative history, and will evoke a palpable sense of the mystery surrounding their origins. Ashnest will convey a feeling of the after effects of disaster and collapse. Eight molded panels, which once framed paintings in the palazzo’s interior, will contain site-specific bas reliefs of geometric masks and abstract motifs relating to the cosmogony of sculptural characters and references presented throughout the exhibition.
The second room will house two marble sculptures, Bone Totem Owl, carved from white Carrara marble, featuring a bronze-eyed owl, and the biomorphic Bone Totem 2, carved from black Belgian marble. Over two and half meters (8 feet) in height the sculptures reference shamanic totems while also drawing on the human bone CT scans represented in Ashnest. This room will also contain two large abstract paintings based on maps of potential locations of Hyperborea.
The last room will contain Hyperborea, a video installation that will document the journey attempting to locate Hyperborea according to its descriptions in literature, newspaper articles and mythology. The installation takes the viewer from the primordial, virgin forest of Oregon, to St. Petersburg and its eroding palaces and haunted natural history museum, and finally to the ruins of the Gulag prisons and archeological sites on the White Sea. Present throughout the installation is a cloud of red smoke that functions both as a metaphor for the exalted self and an expression of the collective unconscious.The body of work began with the artist’s observation that mythological patterns were undeniably woven into the fabric of everyday reality – specifically in the tension formed between the actual and the potential – and was expanded by the concept of Hyperborea, a mythical region that has been recently claimed to be discovered on the White Sea in northern Russia. Hyperborea was originally described by the ancient Greek writer Herodotus as the land of the Golden Age, and was thought to be a place of pure bliss, perpetual sunlight and eternal springtime. It has been an inspiration for early modernist thinkers such as Nietzsche and Madame Blavatskaya, while acting as a central theme to the early twentieth century St. Petersburg poetic tradition of Acmeism — dealing with the “golden age of man.” Hyperborea continues to excite imagination of global media as the supposed birth-place of numerous cultures and nations.
Etichette: Arte/Cultura News