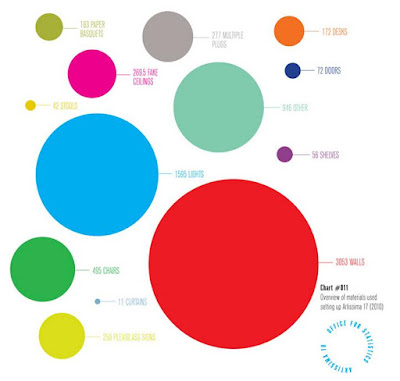 Artissima 18, International Fair of Contemporary Art, for the second time under the artistic direction
of Francesco Manacorda, runs from 4 to 6 November 2011 (preview on 3 November) in the Oval, Lingotto
Fiere, Turin.
Over the years Artissima has made a name for itself in the world of contemporary art, in Italy and around
the world, as a leading observatory of the finest research being carried out in the visual arts, and as a great
cultural event followed with great interest by specialists, the general public, and the Press. This can be seen
in the attendance figures of Artissima 17, which attracted over 48,000 visitors and 1300 accredited
journalists. In 2011, Artissima intends to raise its level of quality and international scope even further, while
also giving new impetus to the strongly experimental approach that characterised it last year, consolidating
its success.
Many of its real strengths, the new features introduced last year, are back again with increased vigour in
Manacorda’s project for Artissima 18.
For the second consecutive year, the fair takes place in the spectacular premises of the Oval, an
architecturally innovative pavilion with 20,000 m² of naturally lit space made for the Winter Olympic Games
of Turin 2006, which proved to be an extremely effective setting for the event.
The Fair
Artissima 18
Etichette: Art/Culture Arte/Cultura News