The Art who wins

TÊTE DE FEMME (DORA MAAR)was sold yesterday in the auction at Sotheby's in Paris for 6,336,750 EUR 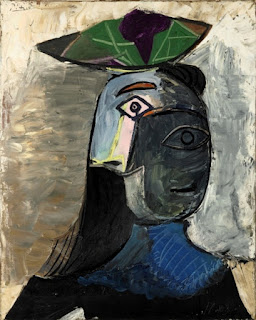 This sale presents the two most significant portraits of Dora Maar by Picasso to be sold in Paris since the auction of the estate of the artist’s mistress in 1998.

These two pictures, from a private European collection, were painted by Picasso in the space of three days in December 1939. After the war broke out in September 1939, Picasso settled in the seaside town of Royan with the three women in his life: Marie-Thérèse Walter and their daughter Maya were housed in a villa, while Picasso and Dora Maar shared a hotel room. “Whether in his studio or away from home, Picasso could thus contemplate his pantheon of goddesses and she-devils, worshipping them, contrasting them, fusing them together in order ultimately to defeat them” (Robert Rosenblum). 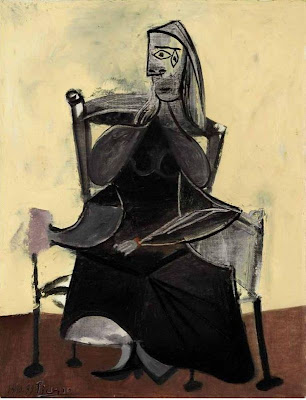