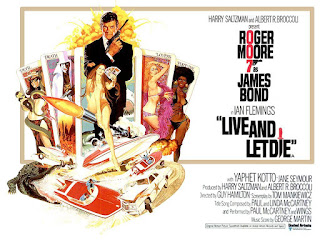 At the Salone Nautico di Genova just ended (on 14th October) Glastron, the famous American firm, showed its new GT 160 Collector edition Sport Version, a remake of Glastron GT 150 made famous by James Bond,  in the 007 movie “Live and Let Die”. In it, James Bond was driving a Glastron  during a wild, twisting chase through a Louisiana bayou that featured a ramp jump over Sheriff J.W. Pepper’s patrol car, parked on a levee. The 110-foot jump — nailed on the first take and the only jump filmed — made it into the “Guinness Book of Records”.  During production, however, the stunt crew used 26 Glastrons, crashing 17 of them during the 100 practice jumps and in other stunts during the epic 13-minute chase sequence. Fast-forward 39 years, and Glastron goes back to the future with the new GT 160 Collector’s Edition that commemorates its 55 years of rich history. The main at-a-glance difference between old and new is the absence of the wrap-around windshield that blended into the side panels. That was a great look, but the new, slightly curved two-piece non-wrap-around version opens up the cockpit better and is more functional than the original. The yellow-faced Faria gauges with hand-stitched eyebrows are especially eye-catching. 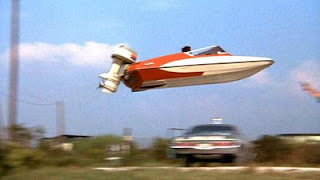 There are four color combos to choose from, and boatingworld.com  test boat was clad in the Red Edition, featuring a red-and-white design that spills over into the upholstery and custom checkerboard carpeting. Another bold color combo is the Anniversary Edition, orange-and-white scheme. The Sport Edition, with the black and white hull, has Sand Dance tan upholstery, which is particularly striking and is rather luxury auto-like. It’s also the only interior without black panels on the stern bench.
The Collector’s Edition ($2,181 upcharge) gives you a number of upgrades, such as custom carpeting, gray stern platform Glastron-emblazoned soft mats, the stainless steel package, a retractable ladder and a really cool color-coordinated sport wheel with a spinner hub that always keeps the Glastron badge right side up. If you aren’t getting a Collector’s Edition GT 160, you can choose an open-bow version for more seating options. Let’s Dream….
(sources: boatingworld.com; glastron-italia.it)