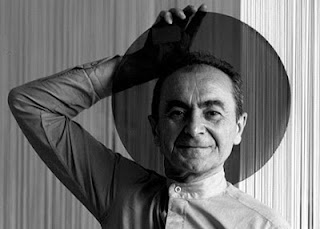 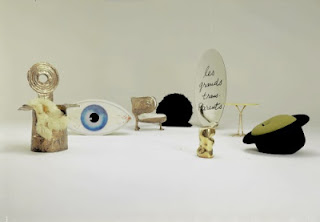 This year the company Flos, founded by the famous Italian designer Dino Gavina, has turned 50 years old.
During the celebration for this important anniversary, Gavina (died in 2007) has been sincerely commemorated because of his important work in Italian design.
He was born in 1922 and began his career in the 40's working on stage sets, a great passion of his. He was convinced that design needed to be both modern and richly poetic, and soon began to gain support from many of the country's leading designers and architects: "fathers of the country", as he jokingly refers to them, including Carlo Scarpa, Enzo Mari, Marcel Breuer, to name but a few. His work in those years was an important starting point for what then came to be known as Italian Style, and has since come to stand for top quality, giving Italian design the prestigious reputation that it still enjoys today throughout the whole world. Dino Gavina met Lucien Fontana in 1953 and became a key character of the Italian design of the Fifties. He was interested in lamps and joined Piergiacomo Castiglione, magician of light. Gavina produced lamps which are icons of the design like the lamp Arco d' Achille and Piergiacomo Castiglione (1962), one of the most copied lamps in the world, or the lamps Toio and Taccia.  Around the end of the 60s and the beginning of the 70s, Gavina revolutionized the production as well as the use of furniture. The Ultrarazionale project of 1968 – a first attempt to overcome the strict Rationalism in interior design and design - was followed in 1971 by Ultramobile – which introduced the concept of the work of art to mass produced furniture, much of which is still being manufactured today. 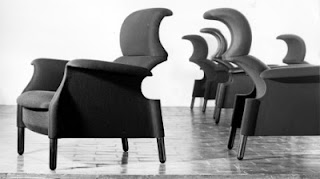 From an idea by Enzo Mari in 1974, the Metamobile project involved making furniture simply with rough boards and nails, “so that anyone can evaluate with a critical eye what is currently being made”. Founder of the company Gavina, a pioneer in the creation of furniture, he also created Flos, thus getting interested in lighting equipment and Simon International. Gavina’s curiosity for novelties and young talents drove him on to establish -in 1967- Centro Duchamp, a nonprofit organization born to help artists in completing their works.
Through the brands Gavina spa, Flos, Sirrah, Simon International, Simongavina Paradisoterrestre he became one of the major figures of the 20th century in Italian and international design. 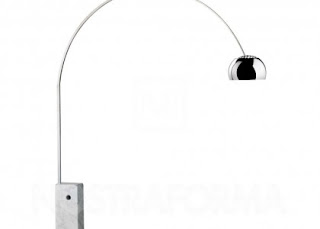