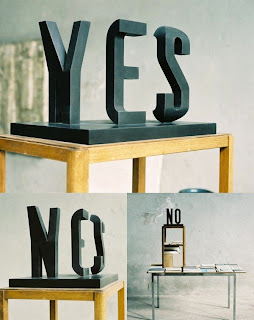 The Kupferstichkabinett (Department of Prints and Drawings) of the Kunstmuseum Basel is dedicating a retrospective exhibition of drawings to the Bern artist Markus Raetz. Over 200 watercolors, drawings and polaroids, 60 sketchbooks, and an animated film, all created between 1960 and 2012, have been selected for the show  which will go on until 17 February 2013.
Raetz  is one of the most important Swiss artists of his generation. He was born in Buren, a small town near Bern, Switzerland, in 1941. He grew up there, worked as an assistant to a local artist during school vacations, took teacher training in Bern, and worked as a teacher from the ages of twenty to twenty-two. He has had no formal art training, except "half a year studying etching in Amsterdam." However, he knew, he says, from the age of ten that he would be an artist. "My father liked to draw. He saw that maybe I would do something he had wanted to do."
Raetz still lives in Bern. Since he began showing his work in 1966, he has had exhibitions in many galleries and museums, including all the major Swiss museums and the Stedelijk Museum in Amsterdam, the Kolnischer Kunstverein in Germany, the Serpentine Gallery in London, the New Museum in New York City and, in 2001, the Arts Club of Chicago.
In 1988 he represented Switzerland in the Venice Biennale. His Venice exhibition was partly made up of seascapes, but Raetz did not go out with his easel to paint them. He calls them "invented," and the essayist for the Venice catalog speaks of "fields of vision" and "continuity in constant flux."
Flux is especially evident in a work of sculpture that is simply a piece of sheet metal cut into binocular "eyes" and hammered to produce a horizon line and other marks that reflect light differently from one point of view to the next.
The fact that this drawing retrospective is taking place in Basel is due to the special relationship between Raetz and the Kunstmuseum. In 1968, under the direction of Dieter Koepplin, the Kupferstichkabinett began to acquire an extensive collection of drawings and prints by the artist.
The exhibit also contains some models of sculptures and installations, as well as a few actual sculptures, which show the extent to which Raetz' explorations of perception in drawing also take place in three-dimensional space.