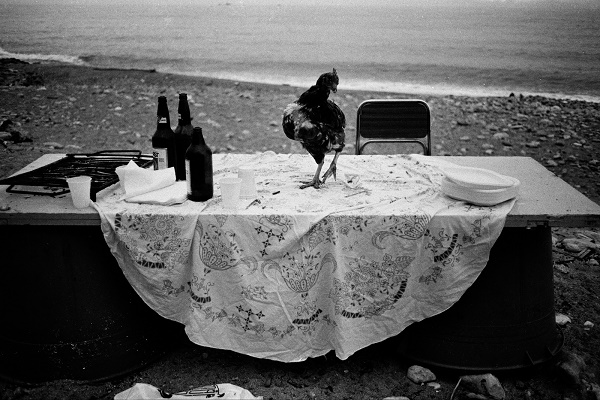 Shortly after the celebrations for her 80th birthday, MAXXI is organizing LETIZIA BATTAGLIA.Just for passion, a major exhibition curated by Paolo Falcone, Margherita Guccione and Bartolomeo Pietromarchi, that from 24 November 2016 through to 17 April 2017 brings to MAXXI over 250 photographs, contact sheets and previously unseen vintage prints from the archive of this great artist, along with magazines, publications, films and interviews. Visual testimony to the bloodiest mafia atrocities and and social and political reality of Italy, a number of her shots are firmly embedded in the collective consiousness: Giovanni Falcone at the funeral of the General Dalla Chiesa; Piersanti Mattarella asassinated in the arms of his brother Sergio; the widow of Vito Schifano; the boss Leoluca Bagarella following his arrest; Giulio Andreotti with Nino Salvo.

Organized in two macro areas, the exhibitions intends to provide a 360° overview of multi-faceted, courageous and indefatigable personalità of Letizia Battglia and represent the complexity of her interests in photography, publishing. experimental theatre and politics. These aspects are explored in the documentary section that opens the exhibition and recounts her intensive and varied work of a social nature. There are examples of her work as a photo-reporter in Palermo and Milan,such as her first photo spread depicting the prostitute Enza Montoro, dated 1969 and published in the daily newspaper L’Ora, for which she worked for over twenty years, photographs of occupations, of protests in the piazzas, of political rallies in the Seventies in Milan, those of the new creative scene in Milan that led her to meet and portray Pier Paolo Pasolini and Franca Rameand which are leaving her archives for the first time for this occasion.