Photographs between past and future

For those who are traveling the North Italy, we recommend to visit three photographic exhibitions. Different one from another, the three selected exhibitions, are a visual journey through the future and the past. We start with the most current:

Future City by Roberto Polillo
Inaugurated February 27th by BAG - Bocconi Art Gallery the ‘Future City’ is new project dedicated to the city of the future by Roberto Polillo. The exhibition showcases images taken in some of the global metropolises that are undergoing the most rapid transformation, as if the buildings depicted belonged in a single large city that is both synthesis and manifest of the architectural and urban imaginary of contemporary man. Created with the ICM - Intentional Camera Movement technique, Polillo’s images are fascinating and evocative pictorial representations of reality with great iconographic impact.(rpolillo.photoshelter.com)

More than 50 years of magnificent failures by Oliviero Toscani

February 18th will open at the Whitelight Art Gallery "More than 50 years of magnificent failures" by Oliviero Toscani curated by Nicolas Ballario. An exhibition that depicts the creativity and career of the photographer, through his most famous images, they did discuss the world on topics such as racism, the death penalty, AIDS and war. Among the works in the exhibition, the kiss between a priest and a nun,1991; the Three Hearts (White / Black / Yellow),1996; No-Anorexia,2007 and dozens of others. Also on show are works done for the world of fashion, which Oliviero Toscani has contributed to changing radically, from the famous photographs of Donna Jordan up to those of Monica Bellucci, in addition to portraits of Mick Jagger, Lou Reed, Carmelo Bene, Federico Fellini and the greatest protagonists of the culture from the 70s onwards. (www.whitelightart.it) 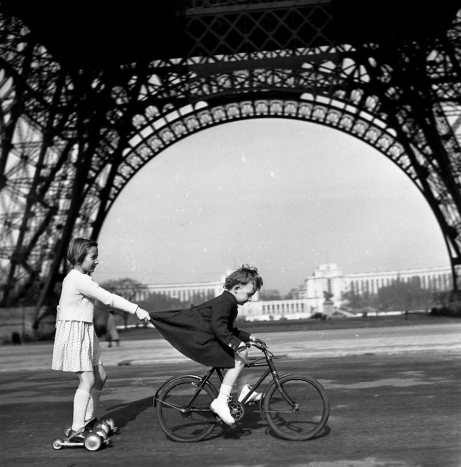 Finally, you have to get to Val d'Aosta, in Forte di Bard to see the exhibition dedicated to Robert Doisneau, one of the greatest photographers of the twentieth century.
Icônes, curated by Atelier Robert Doisneau, Paris and the Forte di Bard Association, presents a new selection of photographs taken by the great French artist in his extraordinary career. Leitmotif of the exhibition the iconic images, the ones that most have been able to conquer the collective imagination and the general public, starting from the famous kiss of 1950, Le baiser de l'Hôtel de ville. He, better than anyone else, has immortalized the myths and icons of Paris of the twentieth century, capturing fully their charm. Through the Ville Lumière gives a monumental image of Paris and the Parisians, immortalizing the most curious aspects and contradictions of French society. The subjects that have made him famous are children and lovers. Also on show are portraits of personalities such as Picasso, Giacometti, Prévert.(www.fortedibard.it)