"Life begins in the most intimate and private of spaces and I wanted to offer the same kind of experience: an opportunity to reflect on the origins of life. "

On the occasion of the Press Preview of the Art Base in Miami Beach, I had the good fortune to meet Mario Botta, one of the greatest architects on the international scene, who pointed out to me his work exhibited in the La Prairie pavilion at Collectors Luonge . 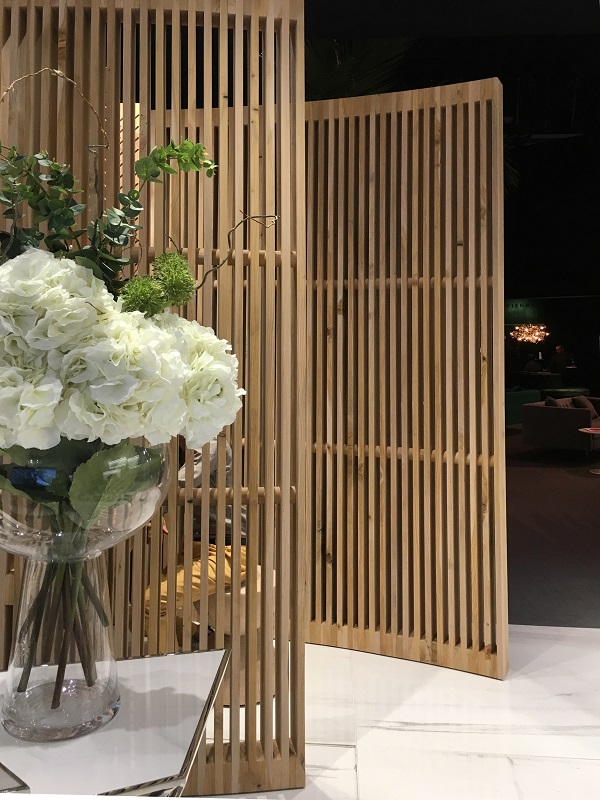 It is a Archisculpture inspired by the origins of life commissioned by La Prairie for the launch of the new creation Platinum Rare Collection.


"The elegant vertical wooden slats, aligned to form organic-looking curves and feminine, invite the visitor to explore the interior. An ingenious screen with panels separates two stools with minimalist design, positioned within two identical curved spaces. The installation is at the same time a sculpture and a structure, merging the principles of the Bauhaus architecture, similar to the aesthetics of La Prairie's own design. Once inside the structure, the visitor becomes part of it, living this space as a pause from the outside world, a space in which time seems to stand still. A background music composed specifically for the installation involves the guest with sounds that amplify the sense of intimacy of space. Sitting on one of the two stools, each participant manages to glimpse the other through the screen. The two share so the same feeling, even if for a short moment ". 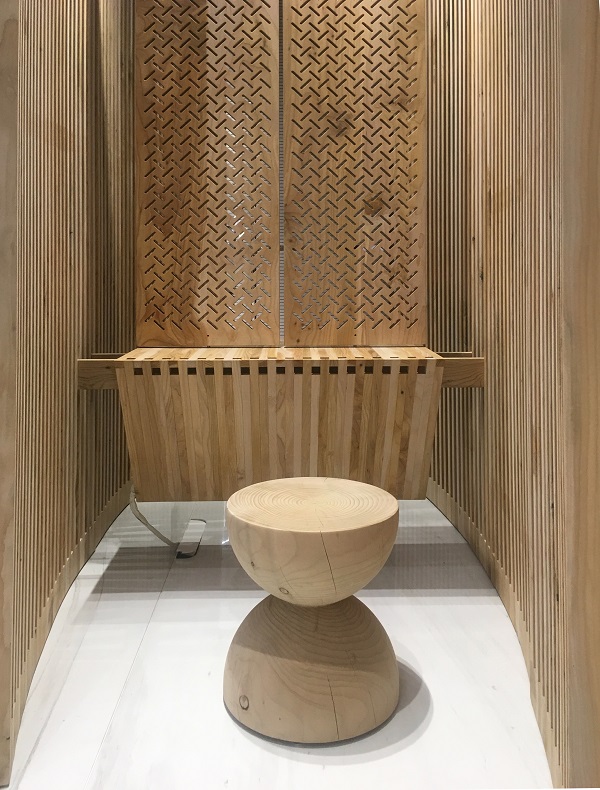 Taking up again a theme dear to his works, here too "light" is the protagonist: the structural elements come alive in the succession of chiaroscuro revealing the secrets of which architecture is capable. His sketch, synthetic and clear, is already a moment of construction. The "curved wall" that represents the separation between external and internal space, creates a dynamic and enveloping space.