The National Museum of Science and Technology  presents for the first time in Italy the works of the Dutch artist Theo Jansen, known all over the world for his gigantic kinetic installations.

Jensen’s Strandbeest ("beach beasts") are hybrid zoomorphic creatures that move using the force of the wind. Defined by the international critic as “a modern Leonardo da Vinci”, Theo Jansen loves to combine scientific knowledge with humanistic culture, ranging from experiments on kinetics and mechanics to the celebration of nature and beauty. 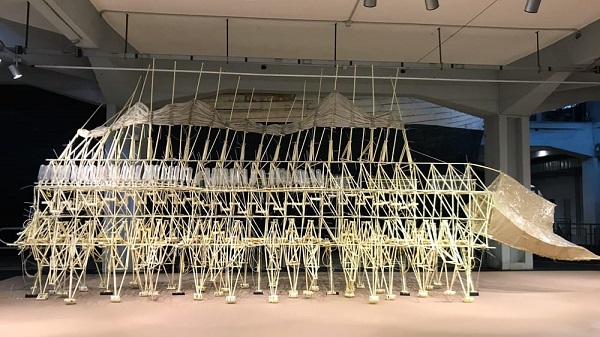 This union between art, science and technolog has inspired the Museum to present for the first time in Italy Theo Jansen’s Strandbeest, in the year of the celebrations of the 500th anniversary of Da Vinci’s death.

"The boundaries between art and engineering exist only in our minds." Theo Jansen